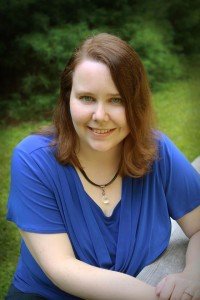 Laurie grew up with her nose in a book. After college, she held jobs in cubicles and libraries. She was a substitute teacher and home party salesperson.

For seven years, she had a home improvement blog that received over a million page views. At 39, Laurie finally decided she wanted to be a writer when she grew up.

She wrote her first novel in 2011. Laurie lives in New Hampshire and is a member of Maine Romance Writers.

I have a Bachelor’s Degree in Anthropology and a minor in Painting.

I can go days without leaving the house, especially during winter.

I used to sell products at home parties when my son was little to earn extra income. Over the years, I’ve sold scrapbooks, home decor and silver jewelry. I used most of the profits from the scrapbook business to build up my crafting stash.

I completed my first full-length novel in four and a half months. I had no idea what I was doing.

My favorite food and flavor is chocolate. I despise anything that tastes like banana.

I don’t drink coffee. Coke is the caffeine that fuels my writing.

I graduated from a girl’s Catholic high school with a class of forty-three.

We’ve renovated three houses. Two were built in the 1800s. Our first home was part of a “house of ill repute” where a murder was committed.

I spend one weekend a year at a scrapbook retreat with forty women I met online. I talk to my “axe murderer” scrapbook friends on the computer every day.

In addition to romance, I read nonfiction, memoirs, biographies, literary fiction, road signs and the backs of cereal boxes.

I’ve been a Weird Al fan since I was eleven years old. I’ve been to ten Al concerts, and I’ve met him twice.

I have a vast knowledge of 80s movies, music and pop culture…but I can’t tell you what I ate for breakfast today.